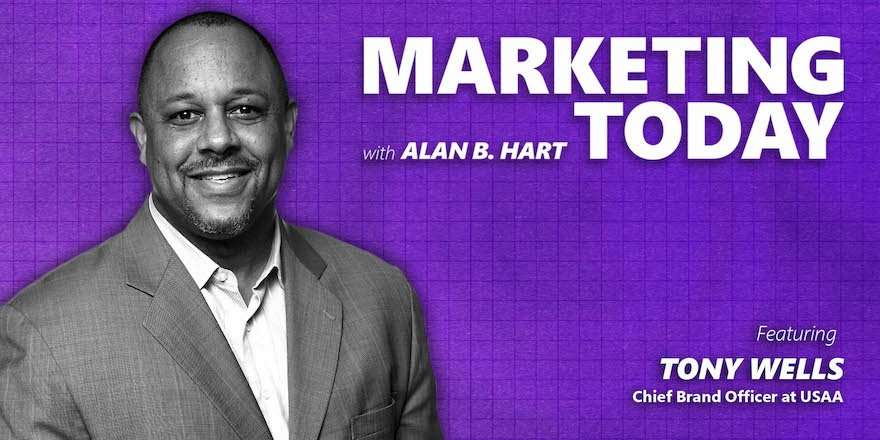 We begin with an inside look into Wells’s basketball days playing alongside David Robinson during The Naval Academy’s magical Elite Eight Run. Wells then dives into his unique transition into the corporate world from his military service. “I love this idea of engaging with consumers or members,” Wells says regarding his attraction towards the marketing function. After a handful of positions at various top companies, Wells found his home at USAA. “One of the challenges in marketing…is you want to talk to everybody. We’ve been able to narrow this thing down to those who have served.”

We then discuss how and why USAA has brought the function of Diversity & Inclusion under the organization that Wells runs. Wells describes how important it is to the company’s future branding because “the pie can get bigger and deeper for everybody when we all seek to win and live and succeed together.” Wells believes that if you can put your ego aside and know your role, you can help your team achieve something greater than individual success!