172: Creating Clothing for Kindness with Ashley Daly of BeCandylicious 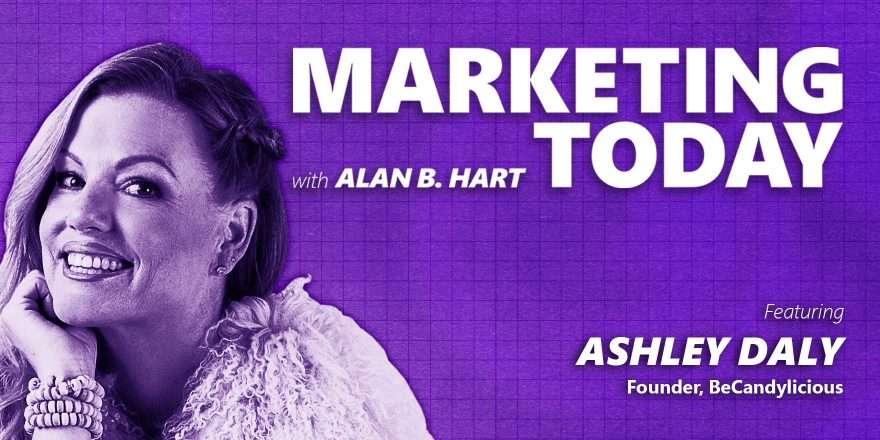 During this episode of “Marketing Today,” host Alan Hart interviews Ashley Daly, president and founder at BeCandylicious. Before becoming an entrepreneur, Daly was the senior vice president of global marketing at Experian Marketing Service. BeCandylicous, a direct-to-consumer fashion brand, is a dream come true for Daly. She discusses growing the sales of BeCandylcious through social media, digital promotion, and word-of-mouth, expanding the company’s reach by signing her first retail distribution deal with Dylan’s Candy Bar, and what inspires the company’s concept of kindness.

Daly talks about turning 40 and wanting to spend more time with her family. She delves into how her passion for design and her over 15 years of marketing experience came together to push her towards creating BeCandylicious. Having a young daughter that likes to dress like her and not finding the right options opened a niche that needed filling for Daly. BeCandylicious makes the clothing in youth sizes also available in adult sizes. With a focus on paying it forward, the brand reinforces positivity and kindness, and the fact that sometimes your clothes can do the smiling for you.

How did technology play a role in Daly’s career? “I have always been, throughout my career, at the forefront of technology, doing a lot of education on the benefits of the technology.”

Living in an era of high technological advancement has been helpful because, “we have more opportunities than we’ve ever had because of that technology and we’ve actually built our website and e-commerce platform on Shopify, where originally I wanted to build something from the ground up.” What advice does Daly have for start-ups and entrepreneurs? “An idea is only as good as it is executed. So many people will have ideas. It’s those that actually are willing to implement them and put in the hard work and chase after it and make it a reality that separates those from just ideas.”

previous171: Can We Save the Corporation with Joseph Jaffe
next173: Merging Art and Science with Dara Treseder at Carbon
Tags:Ashley DalyBeCandyliciousD2CDylan's Candy BarExperianFashionretailShopify