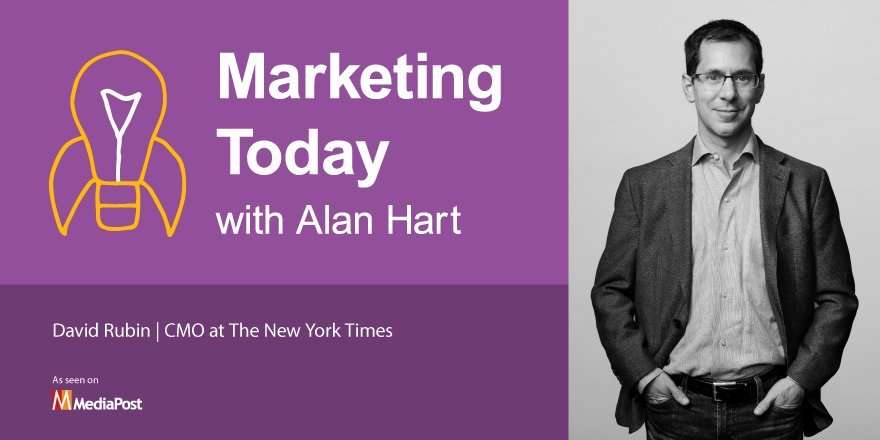 With perhaps a somewhat unexpected career beginning for a marketer — right after college he spent two years working on Capitol Hill for a Milwaukee congressman and two years in the Treasury Department during the Clinton administration — Rubin subsequently received an MBA from the Wharton School before joining Unilever. During his 13 years at Unilever, Rubin worked in brand building, helping launch Axe body spray and leading the turnaround of their U.S. Hair division. After that, he spent two years at Pinterest as their head of global brand before joining The Times.

During the podcast, Rubin discusses how being a product of the Baltimore public school system shaped the way he builds teams, the Fake News phenomenon, the recent TV-focused work he’s overseen in marketing The New York Times, and the paper’s shift from an advertising-based business model to one that is subscription-first, and how those two aspects coexist differently now.

“What we find is that the more we grow our consumer base and connection with the end user,” says Rubin, “the better our ad business gets. And that may be counterintuitive, but they come together. Ultimately, what advertisers want is a deeply engaged audience that they can sell their message to in appropriate ways. And The Times has that and has that more than it’s ever had. And so, we see the two things as actually more synergistic from a business-model perspective, and that having the consumer-subscription-first mindset lifts all boats.”