133: Cal Fussman on the art and power of asking great questions 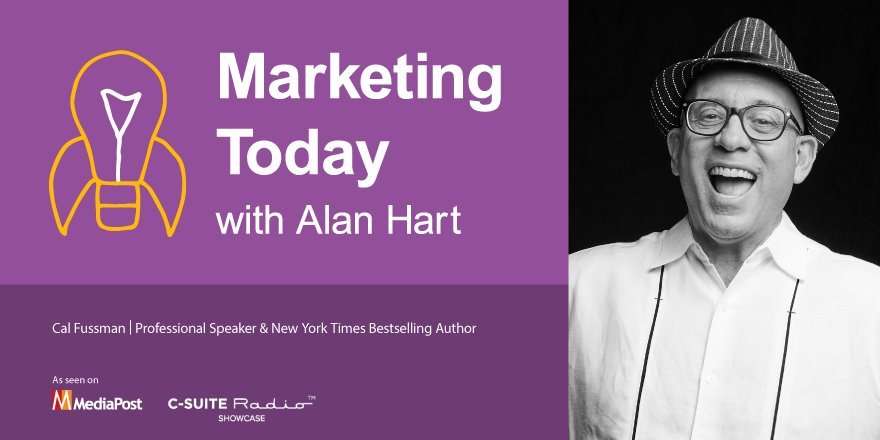 This week’s “Marketing Today,” is an untraditional episode, but it’s packed with insight, humor, compassion, and, yes, a marketing lesson or two. Alan sat down to talk with Cal Fussman, journalist, best-selling author, and writer at large for Esquire — where he has served as lead interviewer for the magazine’s notable “What I’ve Learned” series. During the course of his career, he has interviewed and written about famous people from Jimmy Carter, Mikhail Gorbachev, and Ted Kennedy to Jack Welch, Al Pacino, and Muhammad Ali, as well as countless others. His personal essay, “Cocktails Before the Collapse,” written about his time as a sommelier at Windows on the World, the restaurant that sat perched atop the World Trade Center, won a James Beard Foundation Award in 2012.

During the course of their conversation, Fussman touches on many of the powerful experiences and pivotal moments that shaped his life and career. But, perhaps most notably, it was his decision as a second-grader to pick up a pencil, write a letter, lick a stamp, and toss an envelope in a mailbox during one of the darkest times in American history that revealed to him the power of a great question: “I knew, at that time, that a good question could get you to the most powerful person on Earth, and it has guided my life ever since.”

**Let Your Voice Be Heard**

“Marketing Today” has a new Q&A feature! Ever wish you could ask a question on the show? Well, now you can. Just click this link and ask your question — it’s that easy. And if we can, we’ll answer it on the next podcast. We’re looking forward to your questions!